No Result
View All Result

No Result
View All Result
ADVERTISEMENT

by BANGO ! MAGAZINE
in Pets Zone, Dogs/Puppies
Reading Time: 2 mins read
A A
0 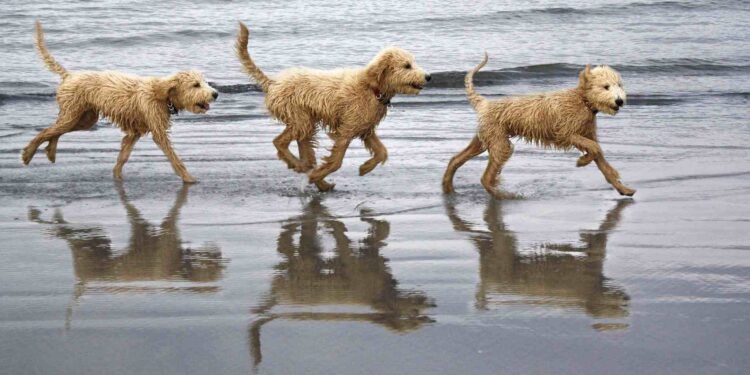 If you watched HBO’s The Undoing, you saw Henry asking his dad to buy him a Goldendoodle. At about three minutes of the first episode, Henry tries to convince his dad that Goldendoodles “don’t shed, they are hypoallergenic, and they are really really cute”

Henry is right. It is unfortunate he did not get a Goldendoodle because his dad said no! If you are reading this, I hope you are in a decision-making position. If you are not, well, I wish you luck convincing whoever will buy you a Golden doodle.

Goldendoodles are a designer breed from a mix of the Golden Retriever and Poodle. this hybrid is the perfect mix of good looks as the name designer breed play Finesse and smart wits.

It is important to note that Goldendoodles are not a true breed. And for this reason, their appearance can vary widely depending on which parent possesses the more dominant genes. Their color is often yellow-brown like that of their golden retriever parent, but it can also be any color you’d find in a poodle.

The miniature Goldendoodle is an affectionate small to a medium dog that makes excellent pets for people of all ages. They became famous in the 1990s and since then, most people put this breed on top of their favorite dog list.

When it comes to size, the miniature Goldendoodles tend to range in size from 13 to 20 inches in height and 15 to 35 lb in weight (7-15 kg). Their small size makes them a good choice even if you have a small apartment and are perfect for traveling with.

As Henry said, miniature Goldendoodles shed slightly less considering the sheer volume of hair they have. But probably because of their smaller size. If they were large dogs you wouldn’t say they don’t shed. Less shedding means less mess on your furniture and less time clean vacuuming.

You should keep it in mind…

Despite being small, mini Goldendoodles still needs exercise and mental stimulation. However, their short legs cannot sustain extended periods of exercise. Generally, it won’t be a headache especially if you are a new dog owner.

Golden doodles are expensive. As the breed’s fame increases, so are its price. In the united states, a Goldendoodle puppy from an experienced breeder will cost from around $1,500 to $5,000. This price makes sense considering that they are a designer breed that requires a lot of care from the breeder’s end. They also don shed and bark less. Most importantly, they are hypoallergenic. These factors add up to their price.

Generally, golden doodles dont bark more than other breeds. They are the quiet time most of the time. But they can often experience separation anxiety due to developing high attachment with their owner. Be sure not to leave them alone for a long time.

So have you made up your mind to buy a Goldendoodle? You should go for it. This designer breed just ticks almost all of the boxes. From beauty, playfulness and smartness inherited from its parents.

Things You Should Know Before Getting a Great Dane Puppy

Five Reasons Why You Should Own a Mini Aussiedoodle

8 Reasons to Have a Havanese Puppy

The White Swiss Shepherd Dog: A Review and Guide

The Top 5 Most Loyal Dogs To Have

Dogs and Mental Health for Humans: Reasons You May Need a Dog

Should You Spay or Neuter Your Pet? – The Pros and Cons

The Best Kitten Food Brands For Your Furry Friend

Chinese Hamster as a Pet: Pros and Cons of Keeping Them as Pets

5 Reasons Why You Should Consider a Cavapoo Puppy

5 Best Things about Boxers (And 3 Worst!)