No Result
View All Result

No Result
View All Result
ADVERTISEMENT

The Shih Tzu Dog is a beautiful, low maintenance dog you will love to have.

by BANGO ! MAGAZINE
in Pets Zone, Dogs/Puppies
Reading Time: 4 mins read
A A
0 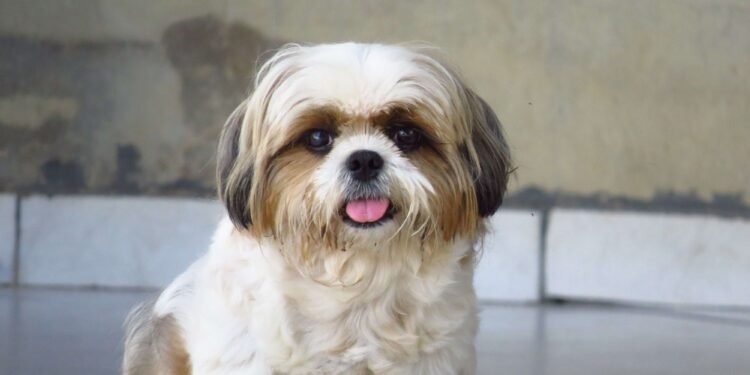 The Shih Tzu is a small dog with an impressive history. These little dogs have been royalty for centuries, dating back to the Chinese emperor in the seventh century.

Because of having a royal reputation, they have become the ultimate status symbol among wealthy people all over the world.

These little dogs have a big personality, making them great companions for just about anyone who wants a loyal companion. Here is more information on the Shih Tzu dog breed.

Who are the Shih Tzu dogs?

The Shih Tzu dog breed is native to the Tibetan Mountains. They were bred to herd sheep and also act as lap dogs for Tibetan royalty. They are also known as “the little lion dog,” because their long, soft, flowing hair and proud stature give them an almost royal appearance.

During the Chinese revolution, the breed almost went extinct due to their royalties. Luckily, breeders in the West were able to keep the breed alive by moving some of the dogs to their countries.

Shih Tzu dogs are unique in the dog world because they are naturally short-haired. This means they don’t require a lot of brushing — just a quick combing when they’re shedding their coat, which is generally once a year.

Where does the Shih Tzu Dog come from?

The Shih Tzu was bred in Tibet, where they were kept as royal pets. They were originally bred to herd sheep, and some of the dogs were brought to England to be bred with other dog breeds.

The Shih Tzu breed was created in the late 1800s, and they were first recognized by the American Kennel Club in 1969. These little dogs were bred to be indoor pets, and they still prefer to be indoor dogs today. Their long, flowing hair means they get hot easily, and they are best kept indoors.

They are a very social breed, so they would prefer to be with their family indoors, rather than outside in a kennel. Due to their royal breeding and natural beauty, they have become a status symbol among the rich and famous.

Shih Tzus are small dogs with long, flowing hair. They are often confused with Pekingese, another Asian breed. While the Pekingese has a shorter muzzle and shorter hair, the breeds are very similar.

The Shih Tzu dog is 10 inches tall and weighs between 10 and 18 pounds. They are classified as a toy breed, which means they are smaller than most dogs. They have large eyes, long, soft fur, and a lion-like mane.

Their fur is long and flowing, but they shed very little, so they require less grooming than other breeds. Their long hair makes them unsuitable for people who can’t maintain frequent grooming. Their eyes are large and round, and they have small, rounded ears.

The care and keeping of a Shih Tzu

Due to its royal breeding, the Shih Tzu is a very clean breed. They don’t need frequent bathing, and you can easily keep their long hair combed and tidy with a quick brushing.

Unlike other breeds, they don’t shed a lot, so you don’t need to worry about vacuuming up dog hair on a weekly basis. Because of their royal breeding, they have an aristocratic nature that makes them wonderful companions. They are very intelligent and affectionate, but they are also sensitive dogs that may not do well in noisy environments.

Shih Tzus are recommended for people who want a companion dog, but who don’t have a lot of time to exercise them. They don’t require a lot of exercise, and they like to be indoors. For that reason, they aren’t a good fit for people who like to walk for miles with their dogs.

A word of concern

The Shih Tzu is a sensitive breed, so they may not do well in noisy environments. They are best kept indoors and are great companions for people who don’t have a lot of time to exercise.

They are best kept indoors and they don’t do well in hot weather. Their long coat will get tangled if they are allowed to wander freely outside.

Is a Shih Tzu the right dog for you?

The Shih Tzu is a beautiful, sensitive breed that is best kept indoors. They are great companions for people who don’t have a lot of time to exercise, but they are sensitive and don’t do well in noisy environments.

They don’t require a lot of grooming, but they require plenty of affection because they are very sensitive. Due to their long coat, they are best kept indoors, and they may not be ideal for younger children. They are a great breed for people who want a companion dog but have limited time and energy to exercise them.

Should You Spay or Neuter Your Pet? - The Pros and Cons

8 Reasons to Have a Havanese Puppy

The Top 5 Most Loyal Dogs To Have

Dogs and Mental Health for Humans: Reasons You May Need a Dog

Should You Spay or Neuter Your Pet? – The Pros and Cons

The Best Kitten Food Brands For Your Furry Friend

Chinese Hamster as a Pet: Pros and Cons of Keeping Them as Pets

5 Reasons Why You Should Consider a Cavapoo Puppy

5 Best Things about Boxers (And 3 Worst!)